Same Game Different Name: Monday Q and A or Quora.

Monday Q and A is now renamed.   Quora is a knowledge sharing network where compelling questions are answered by people with unique insight. (that's you!!!!)

Last night Zach correctly informed me ( during Bananagrams ) that I am misusing the term MEME.  Thank you Zach.  We will now refer to Monday's as Quora Time.  .

Call it whatever, just have fun and join in reading and or answering.

Oh the English Major in me, who graduated with her Bachelor's Nursing is embarrassed that I'm so bad at pop culture terminology.
A meme has to have a photo with it that kind of goes viral.  ( So GRUMPY CAT is an example of a meme. ) 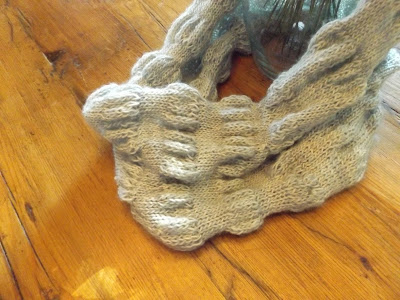 Finished my ruched cowl.  Finished with a flashlight while fireman slept.  I rarely knit it bed.  But. I . Had. To.  (Free ravelry pattern, called the Gathered Scarf , used madelintosh yarn)

HAVE YOU KNIT BY FLASHLIGHT?

Summer means games for the family.  Zach brought home CODENAMES.  I loved it.  It is kind of like a more difficult Password game.

Do you play board or card games in summer? 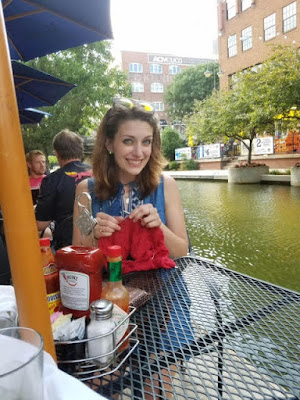 My Lil Darlin is happily in Oklahoma City with Nathan.  Together again at last.  I've hooked her on Amy Beth the Fat Squirrel Podcasts.   Are you hooked on Amy Beth? 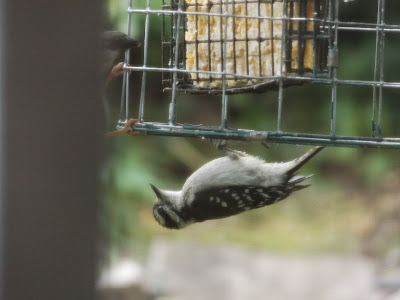 The hummingbirds continue their sporadic and maddening visits to my feeder.  I'm not playing this game with them this summer.  I won't sit out there waiting for them/her to return.  I have baby downey's to watch!  So there Miss picky Hummy.
Are you angry at a bird? 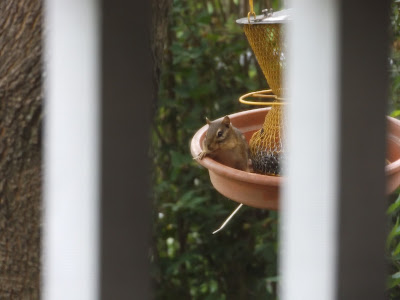 The Chipmunks are the only rodents that I think are cute. They hibernate and I'm always happy to see them return in Spring. Wait, at least I think they hibernate.  Perhaps I'm wrong again here. Do they migrate to Florida and run all the way back?
I'm beginning to question myself on all sorts of levels.
Have you discovered you were wrong about something? Want to share?

You are given a gift.  To a spa.  Would you get a massage, a facial, mani pedi or scalp treatment?
(My hairdresser gives the best scalp massage...ever.. .....)

Do you use a provisional cast on?
I did for this ruched cowl.  It was a bit hard to take the dead or non live stitches off when it was time to do a three needle bind off, but it was do able.

Have you lost a swift?
I cannot find mine.  It is here somewhere.  Until then, its all about FIREMAN holding up the yarn. He bought me the swift so his job would be taken over by a machine.

Is your 2016 New Years Plan still rocking it?
Kind of.  Is that an answer?  I still used my boogie boards for some notes, but I Had to go back to paper for my daily to do lists.
I am still recycling all my coffee grounds, every little one of them, into the garden.  This is in direct response to the Guilt I feel because I use a Kuerig and those cups.

Have you made lemonade pie?
Buy the graham crust, a deep one.
Mix cool whip , frozen slush lemonade and some sweetened condensed milk together and freeze at least 36 hours. It is so easy and light and delish.

Do you as SIRI , What planes are overhead?
I do.  And HE (my Siri has a male australian accent voice ....go to settings and choose him) tells me 4 or 5 different planes over head and their altitudes and carrier names.  It is way cool. Try it.

Thanks always for good Quora Aura.

I have not knit by flashlight but have by lantern in a power outage.
I play card games when the 'kids' stop for a visit.
I like all birds...not mad at any! lol
I have often been wrong about something but I usually enjoy learning something new so don't mind. (Ex recently-the MS is messing with my swallowing; daughter said try chewing twice as much as you usually do No, that won't help! Wrong-it has reduced the pain and choking!)
Massage at the spa-I love the relaxation that results to both body and mind!
Provisional cast on I use but don't love doing it!
I have never lost a swift! lol
Yes, my resolution to reduce dr appts has held so far!
No lemonade pie-I'm not a lover of pie-baking!
I don't have a Siri-I like quiet!

LOVE, LOVE, LOVE the new name for the Q and A.

Hope you have a WONDERFUL week!

Watch out for those baby woodpeckers. We have two that are making mincemeat of our birch tree! I laughed about your swift; that's the same reason DH got me one. Haven't lost mine....yet.

You are given a gift. To a spa. Would you get a massage, a facial, mani pedi or scalp treatment?
ALL OF THE ABOVE. :-)

Do you use a provisional cast on?
WHAT'S THAT?

Have you lost a swift?
NO, BUT I'VE FOUND TWO.

Is your 2016 New Years Plan still rocking it?
UMMM.. MY HEALTHY EATING PLAN IS ON VACATION WHILE MY DAUGHTER AND GRANDDAUGHTERS ARE VISITING.

Have you made lemonade pie?
NOPE, BUT IT SOUND DELISH.

Do you as SIRI , What planes are overhead?
THANKS TO YOU I NOW HAVE AN ENGLISH MAN BEING MY SIRI AND I WILL NOW TRY THAT PLANE THING!

I've knit by firelight and lantern light,mans candlelight.
Do computer games with friends count? I play Hanging w/Friends, Words w/Friends, Dominos, etc. with a friend, my sister, and niece.
Robins that start chirping before the break of dawn sometimes annoy me, but I'm not angry at them for doing what robins do.
As hard as it is, to admit being wrong, it's the best thing to do.
A scalp massage would be ideal.
I've used the provisional cast on a few times, and love it.
My swift is present and accounted for, right next to some yarn baskets.
No resolutions here, as I never keep them.
I've never heard of lemonade pie.
I use Siri, but not for tracking planes.

Love the photo of Al knitting on the water's edge. I see squirrels in my yard all winter, so maybe only Chicago squirrels hibernate.

I've knit by a campfire and by flashlight too.
We like to play dominoes with friends.
We have birds this summer that have been leaving their "calling card" running down the side of our house if you know what I mean. All four sides of the house. I'm not happy with them at the moment, but I do love to hear them singing in the morning.
I'm wrong quite often. More than I would like to admit. I hope I'm a big enough person to admit it. :-)
I enjoy pedicures on the rare occasion that I get one.
I have my swift right where it belongs in my yarn closet.
No resolutions and I have never heard of lemonade pie.
I use Siri at times but a girls voice. Maybe I should try the Australian man.
I do enjoy the Fat Squirrel podcast.

1. Sure have. We used to have lots of power outages before they heavied up the lines.
2. I used to always play dominoes with my mom and dad before she died and he got bonky. Thinking about it makes me sad. They were good times.
3. I am always mad at my parrot. She's always begging for food. Usually cookies.
4. The older I get, the less I know.
5. Hmmm.....I really don't like to be touched by strangers other than a quick hug. I am weird that way.
6. My swift is always set up on a table or else I would lose mine too.
7. I don't think I made one but if I did it was probably to use up some handspun. I don't think I've made much headway in the stash though.
8. No Siri. I do have Alexa but I don't think she does that.
9. I have not seen her. I have tried some video podcasts but I only like audio ones because I like to listen while I am doing something else.

Ooops. Forgot the pie (no) and the provisional cast on (yes) questions and forgot to say how much I liked your cowl AND that Daughter is gorgeous!

your daughter is cute!! and knitting! a knitting mother's dream come true. I have not knit by flashlight, and have never ever been angry with a bird :)

Have you knit by flashlight?
Nope – but I have knit by candlelight. Mom has a cool little like that plugs into the car, and clips on the dash so she can knit on long night drives while my Dad is driving.

Do you play board or card games in summer?
I used to. Mom use to play lots of board/card games with us when we were kids. And our grandparents loved cards, so we always played with them when we visited over the summer. I was the only one my age who knew how to play Hearts and Cribbage. My Dad taught my brother how to play chess when he was about six, and my brother taught me (I was four) so he’d have someone to beat. By the time I was in Grade 7, and the school held a chess competition, I smoked everyone. Dave is one of the few people I know my age who can give me a good run for my money (other than my brother of course)

Are you hooked on Amy Beth?
Nope… I don’t watch pod casts

Are you angry at a bird?
Not angry, but Mr. Cardinal can be quite noisy sometimes so we have to close the windows. And I haven’t seen Mr. Woodpecker, but we certainly heard him pecking away at the wood for a few weeks.

Have you discovered you were wrong about something? Want to share?
I like to tell Dave I am never wrong.. but it’s not true. When I discover it, I try to own up, but I like to move on as quickly as possible ;)

You are given a gift. To a spa. Would you get a massage, a facial, mani pedi or scalp treatment?
That’s a tough one for me. I don’t like massages unless it’s someone I know well. I don’t like my feet touched, and my scalp is really sensitive… so I guess maybe the facial… but honestly, it doesn’t really appeal to me.

Do you use a provisional cast on?
When the occasional calls for it. I prefer the crochet method

Have you lost a swift?
Yup. I misplace mine all the time.

Is your 2016 New Years Plan still rocking it?
Didn’t make one this year. Soooo, YES!

Have you made lemonade pie?
Nope. But now I think I want to.
Do you as SIRI , What planes are overhead?
I don’t have SIRI –but that is kinda cool.

1. Haven't knitted by flashlight; my eyesight is bad enough and I try to get in some reading then.
2. Unfortunately, our ohana is lacking in the board game department. We need a bit more grown up ones.
3. Your daughter is gorgeous! No, I don't watch that podcast.
4. Birds are not an issue here. There are always squirrels about that are very territorial.
5. I'll have to think about this one.
6. I would get a massage and a facial!
7. I've never misplaced my swift. On a side note: I love seeing it every time I use it as I remember when I had bought it. What a great investment it was.
8. My 2016 bucket list has gone to sh*t, especially the crafting and baking ones.
9. I haven't made a pie since having to make pumpkin a few years ago.
10. I don't use my Siri.